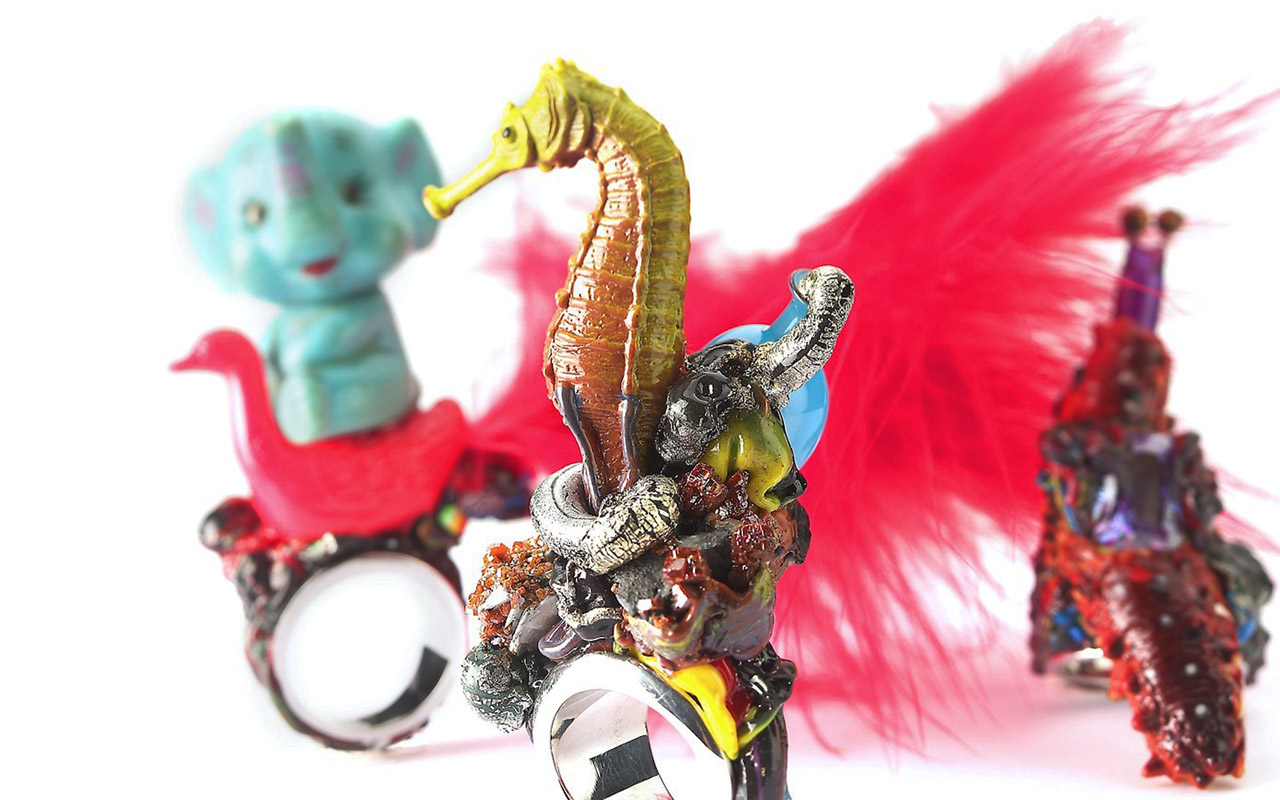 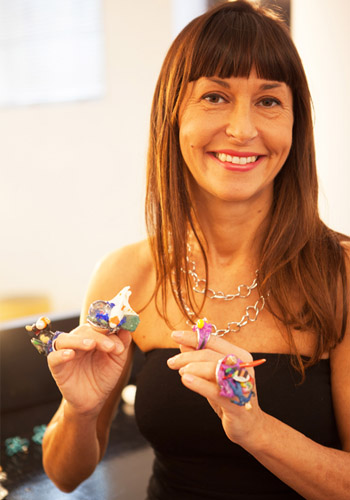 Statement
Barbara Uderzo has been working on different grouped themes in her jewellery since 1990. The scope of her creative work is not restricted to the goldsmith's craft, hence to traditional materials as is often the case in Italy, but she experiments with different materials, above all non-precious materials. Some examples are her candle rings, that can actually be burnt, or the glucogioielli, made of sweets or chocolate, or the so-called Succulent rings, that consist of sculptural plant pieces. The base of the ring is a beautiful wooden sculpture, out of which a cactus plant grows. Among her latest works are the Blob rings, that take their name from the 1950s film bearing the same title. This science fiction film (The Blob, 1958) featured a mass of jelly-like substance that invaded the earth and swallowed anything on its path. The rings are made of silver, covered in plastic encompassing small objects that represent everyday life and are symbols of our contemporary society. The magmatic, coloured plastic substance, utilized in an experimental way, 'swallows' tiny objects, just like the Blob in the film. Uderzo has, in time, created several families of Blob rings, each with a different theme. Some examples of the more recent ones are the Blob Animalia, Blob Mutanti or Blob Food. The artist creates humorous pieces containing Teapots, cups, pieces of cake, or characters from children's stories such as Winnie the Pooh, or creatures that are half animal and are in the process of turning into something else.

C.V.
Barbara Uderzo was born in Italy in 1965. In 1984 she obtained her diploma from Art school, then graduated at the Academy of Fine Arts in Venice in 1989. In 1990 she followed a course in Production Assistance and Gold Design - School of Arts and Crafts, Vicenza. In 2003 she took a course on gemology and gained a certificate as Analyst Gemologist. Her work has been shown in solo and group exhibitions in Italy, Portugal, UK, Austria, Hungary, Spain and Germany. She took part in Collect 2008 at the Victoria & Albert Museum, London and one of her rings was acquired by the Alice & Louis Koch Collection of rings, Switzerland. 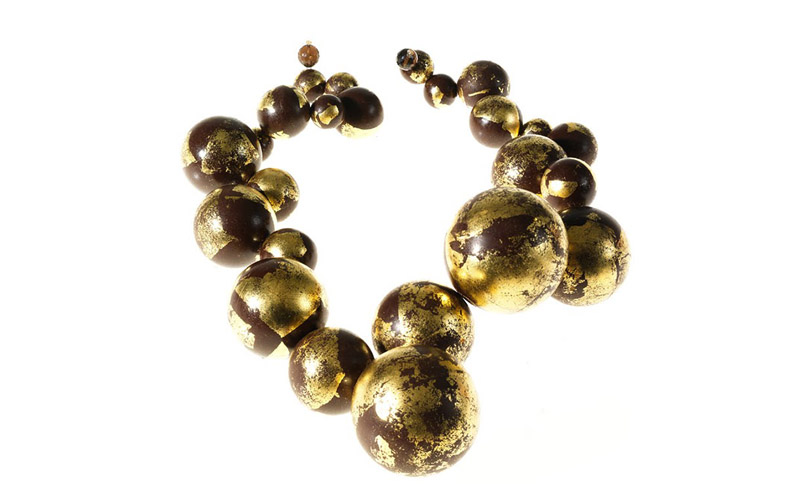 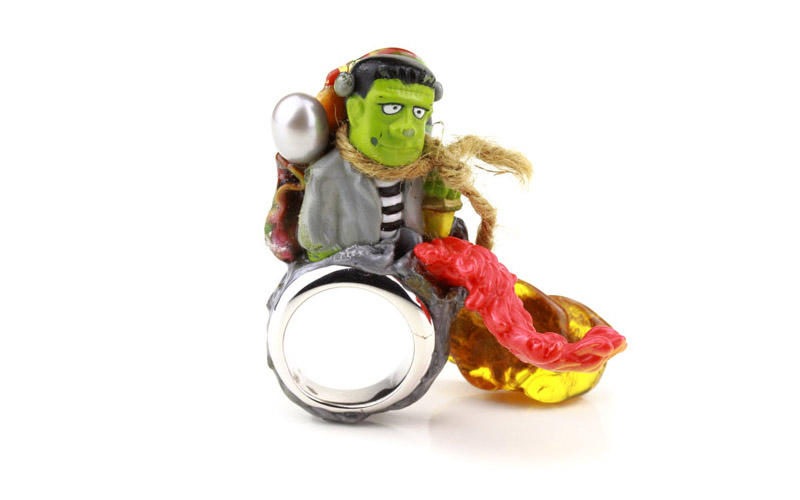 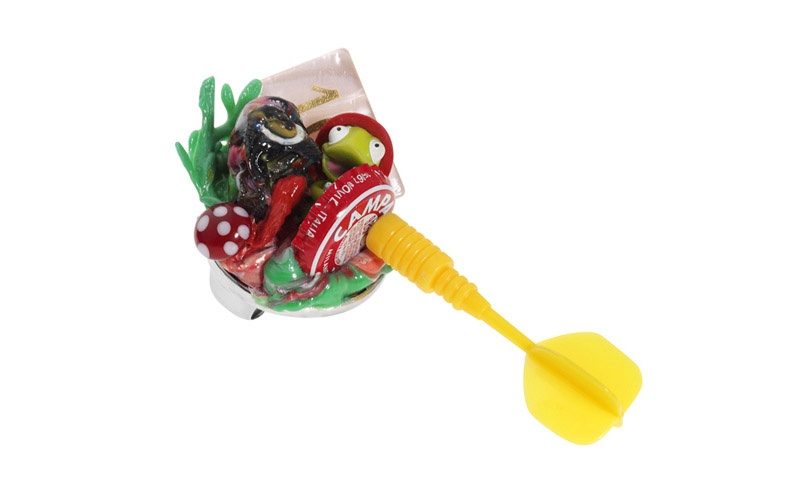 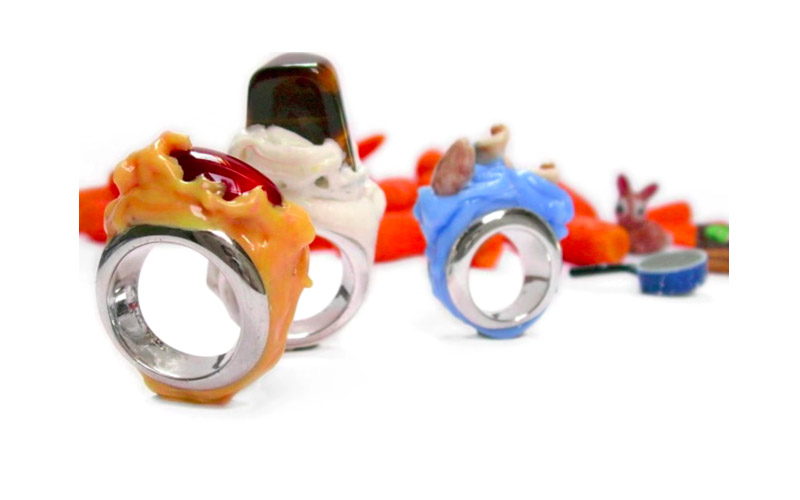 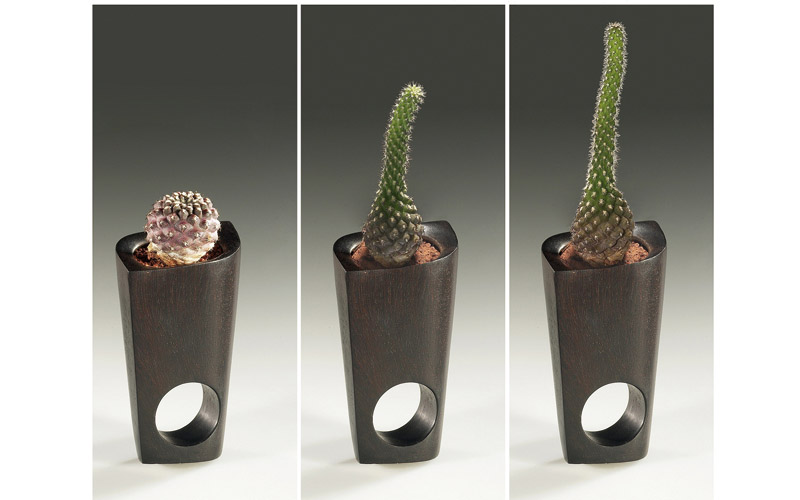 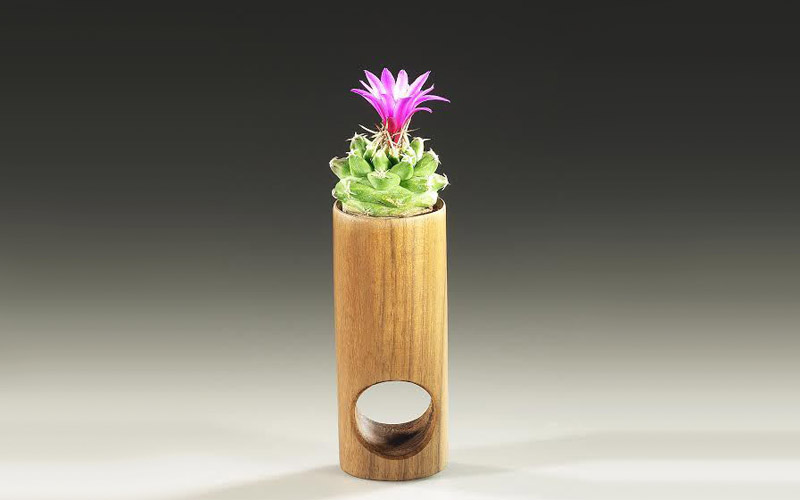