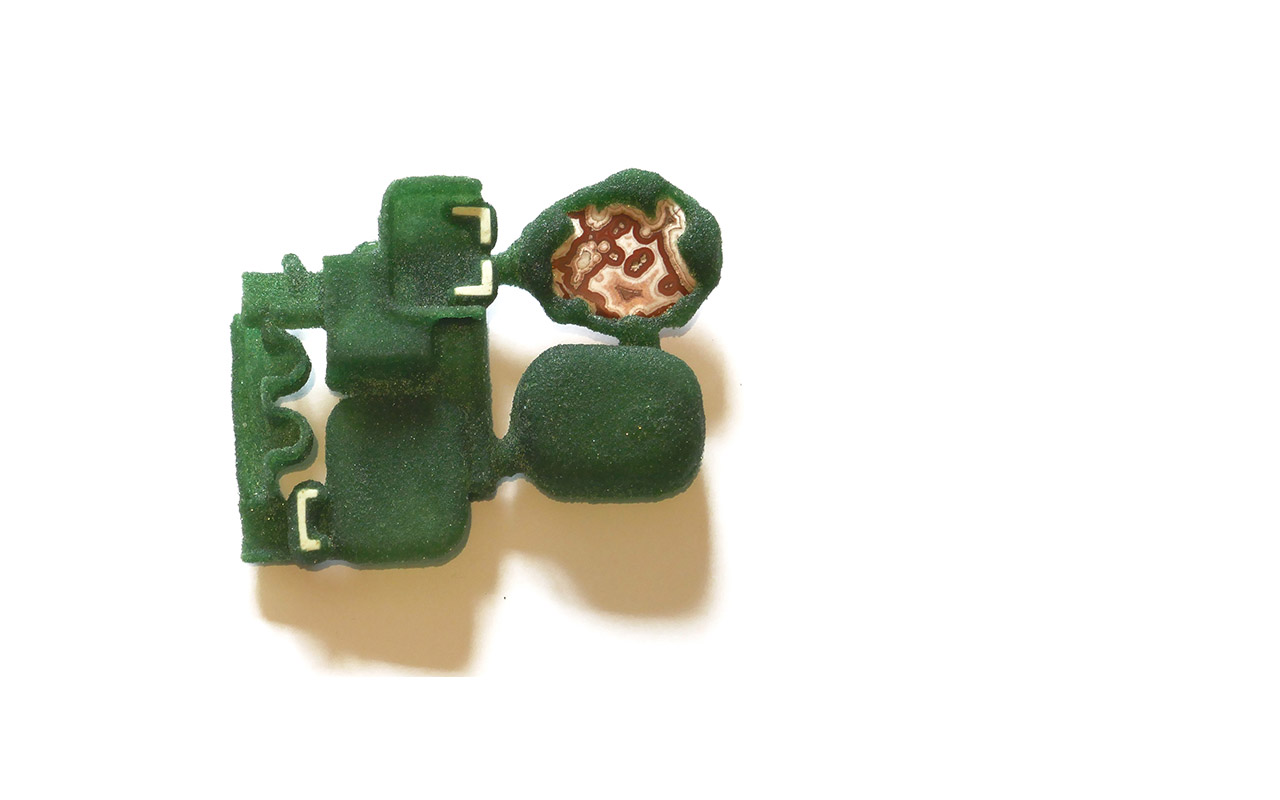 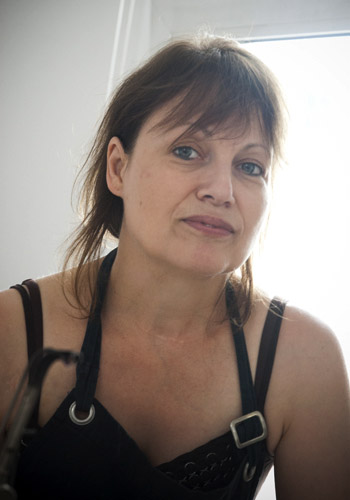 Statement
Andrea Wagner is a typical example of an artist who has received diverse cultural stimuli due to her background (Canadian, German, Dutch), although the strongest influence has probably come from her last formative years of education in The Netherlands, where she still lives and works. Her latest pieces make use of ceramics and porcelain as in previous works. The combination of this material with pearls, jade and other stones has added a touch of femininity and delicacy to the works. It is what lies underneath the obvious that has always intrigued Wagner. Intricate layers of interaction, of communication or of living itself, its imperfections and longings expressed through subtlety and implication fascinate the artist. Wagner likes to use a hint of irony, blending and percolating the elements into a scenario that translates itself into the blueprint for her work. Her latest pieces are entitled "The Architect Who Faced His Jardin Interieur". This is a French term meaning "landscape in our mind", that is to say, an interior garden, or world, where fantasizing is allowed.

C.V.
Andrea Wagner was born in Germany. She grew up in Canada, where she lived for 12 years. She studied at the Staatliche Zeichenakademie Hanau, from 1993 to 1994 and then at the Gerrit Rietveld Academy, Amsterdam, between 1994 and 1997. She then opened her own studio in 1997. Her work was selected for participation to Schmuck at the Internationale Handwerksmesse in 2000, 2002 and 2007. She has received the following project grants from De Mondriaan Stichting: 1998 for OTOK II in Croatia, in 2002 for Out of the Blue I + II in Lithuania and in 2007 for Golden Clogs, Dutch Mountains USA/Canada project. In 1998, 2000 and 2002 she received grants from Fonds voor de Beeldende Kunsten, Vormgeving en Bouwkunst (Dutch Foundation for Visual Arts, Design,+ Architecture). She was artist-in-residence at the European Ceramic Work Centre 2002-03. Her work is part of the following public collections: Textile Museum Tilburg, OKRESNI Museum, Turnov (Czech Rep.), Kunstuitleen Zoetermeer Stichting Francoise van den Bosch (entrusted to Stedelijk Museum for Modern Art, Amsterdam), Landesmuseum Zürich (CH), Gintaro Muziejus Vilnius (Lithuania), EKWC, Den Bosch, Cultural Dept Uppsala (SE). 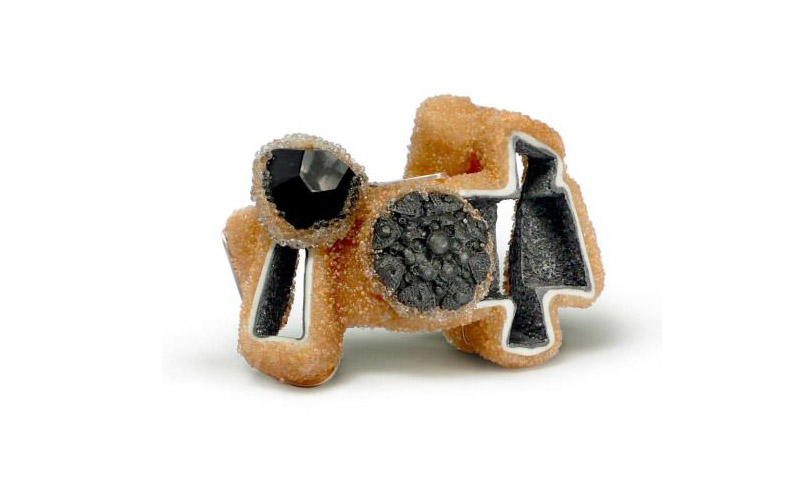 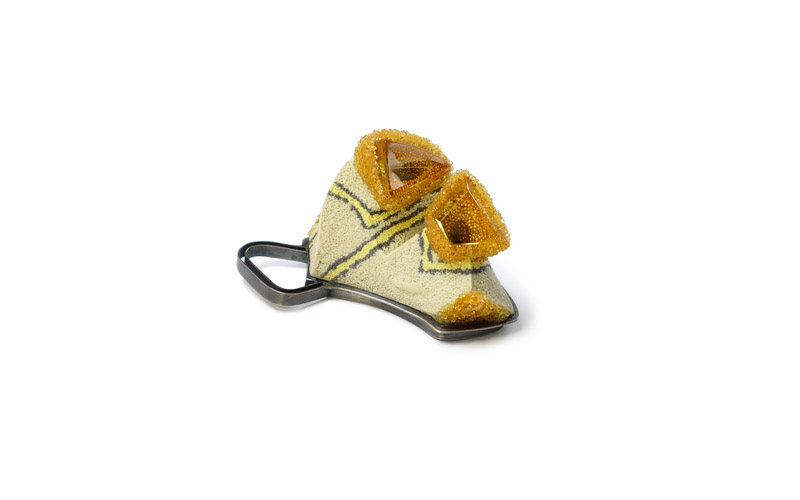 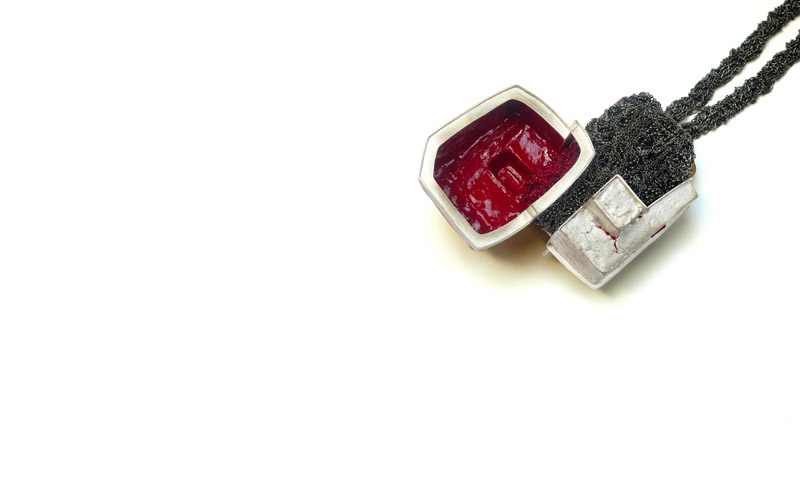 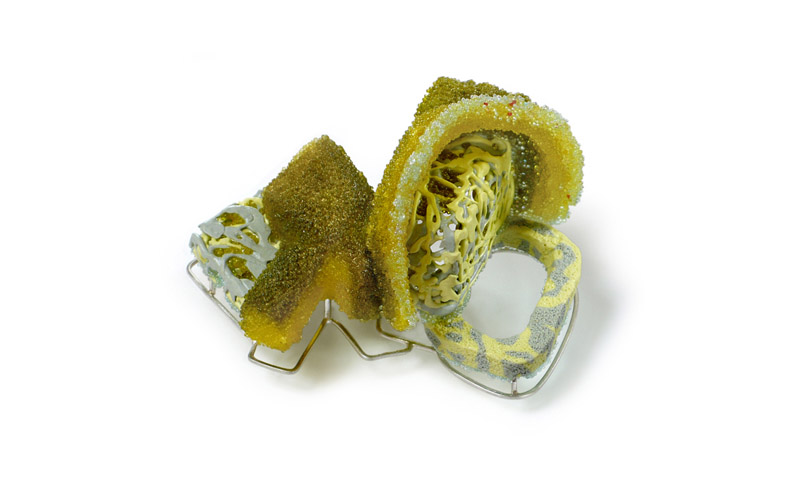 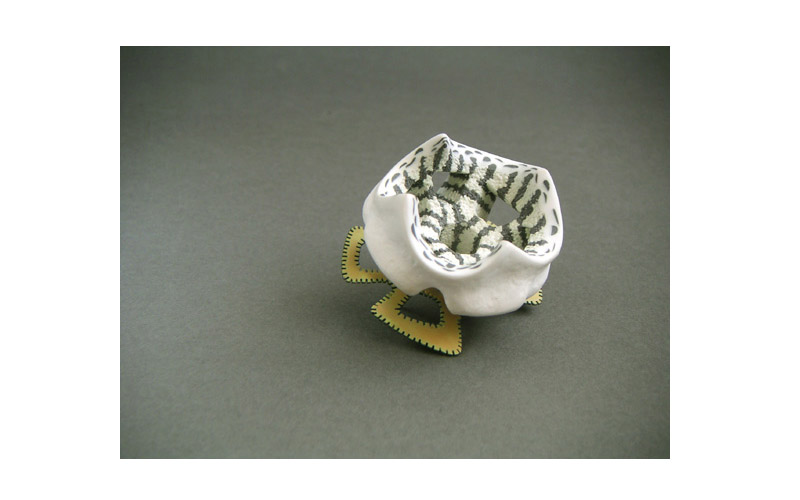 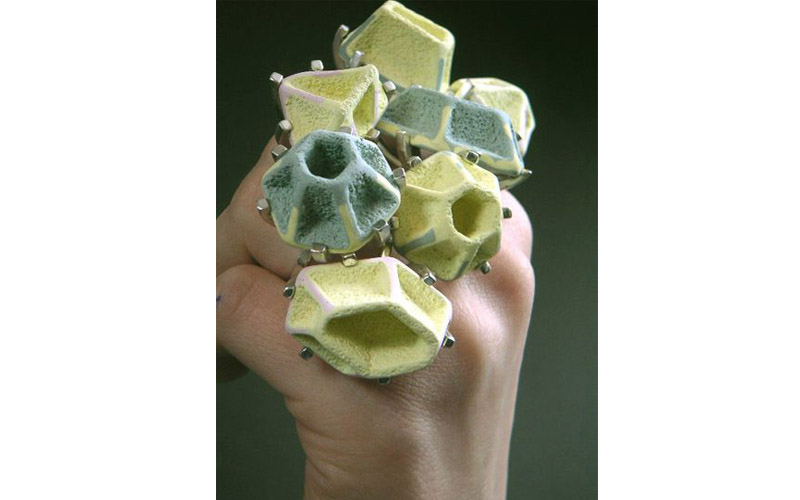